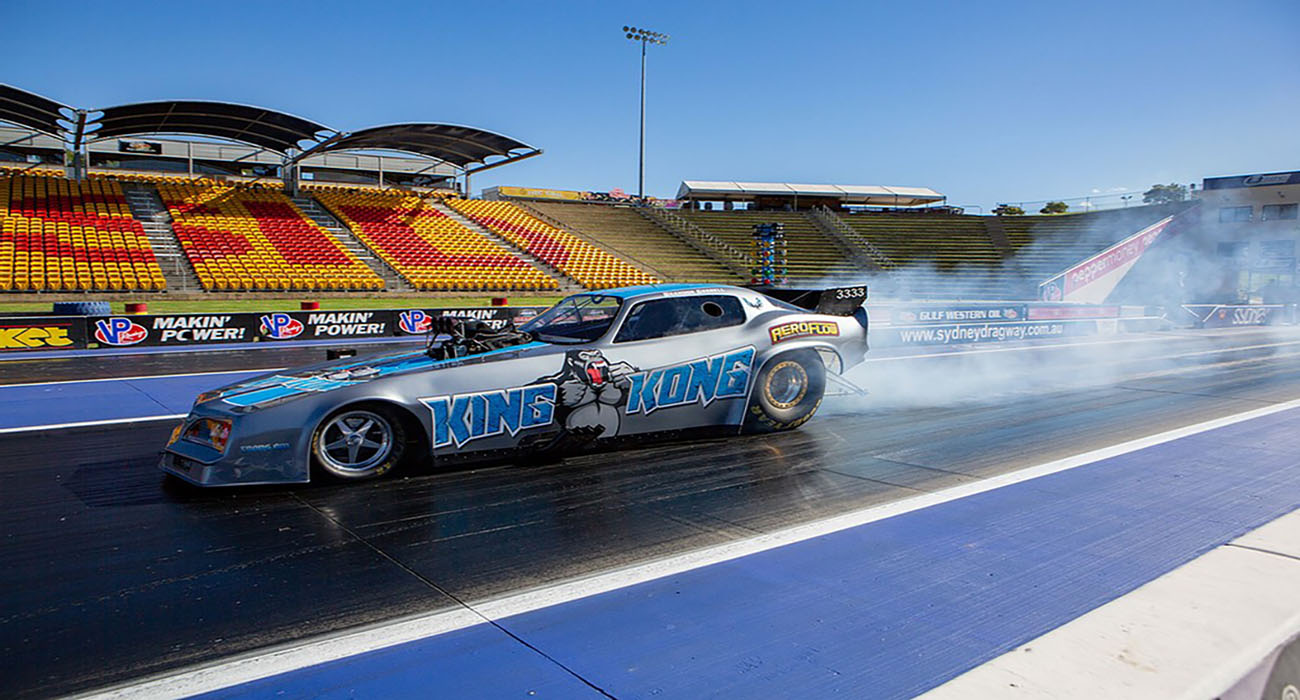 Excitement builds for Funny Car Fury at Nitro Up North

One of the most iconic racetracks in Australia, Hidden Valley Drag Strip, will host a huge field of flame-throwing Aeroflow Outlaw Nitro Funny Cars for the very first time on Saturday July 13.

he biggest event on the NT drag racing calendar, Nitro Up North, will feature more nitro than ever before with 10 Aeroflow Outlaw Nitro Funny cars ready to put on a side-by-side flame show.

When asked about the Aeroflow Outlaw Nitro Funny Darwin debut, Series Manager Morice McMillin beamed, “To be going to one of the coolest towns in Australia, at one of the best tracks with some of the most awesome cars in the world is just about as good as it gets – unbelievable!”

“To be able to travel across the country and be a part of the Aeroflow Outlaw Nitro Funny Car show is always a good time but we can’t wait get to Darwin to put on a show for the crowd at Hidden Valley!”

McMillin continued, “These cars just produce such close racing and that’s what makes them exciting. Every single car on the entry list is capable of winning and it will be a proud moment for us to see them all on the startline.

Chelsea was excited to once again keep the fans entertained, the wheelstander is almost always the ‘king of the kids’.

“At every event we race, the Nitro Sheriff brings the kids to the fences and it will be so much fun to make some flames and wheels-up race passes for the Darwin crowd.”

The busiest time for Chelsea will however be off the track for the Aeroflow Pit party, the hour-long party in the pits gives the little kids and the big kids a chance to meet the drivers and get up close to the cars.

Chelsea explained “It’s such a unique experience for the kids and I don’t think there is anything better than seeing the kids experience it for the first time, the kids get to sit in the cars, we have free giveaways, bouncy castles and plenty of posters to sign for the fans – I can’t wait!”

Nitro Up North Kicks off at 4.30pm with the Aeroflow Pit party which is free with every ticket to the event. The Aeroflow Outlaw Nitro Funny Cars will be on track at 6pm, 8pm and 10pm.