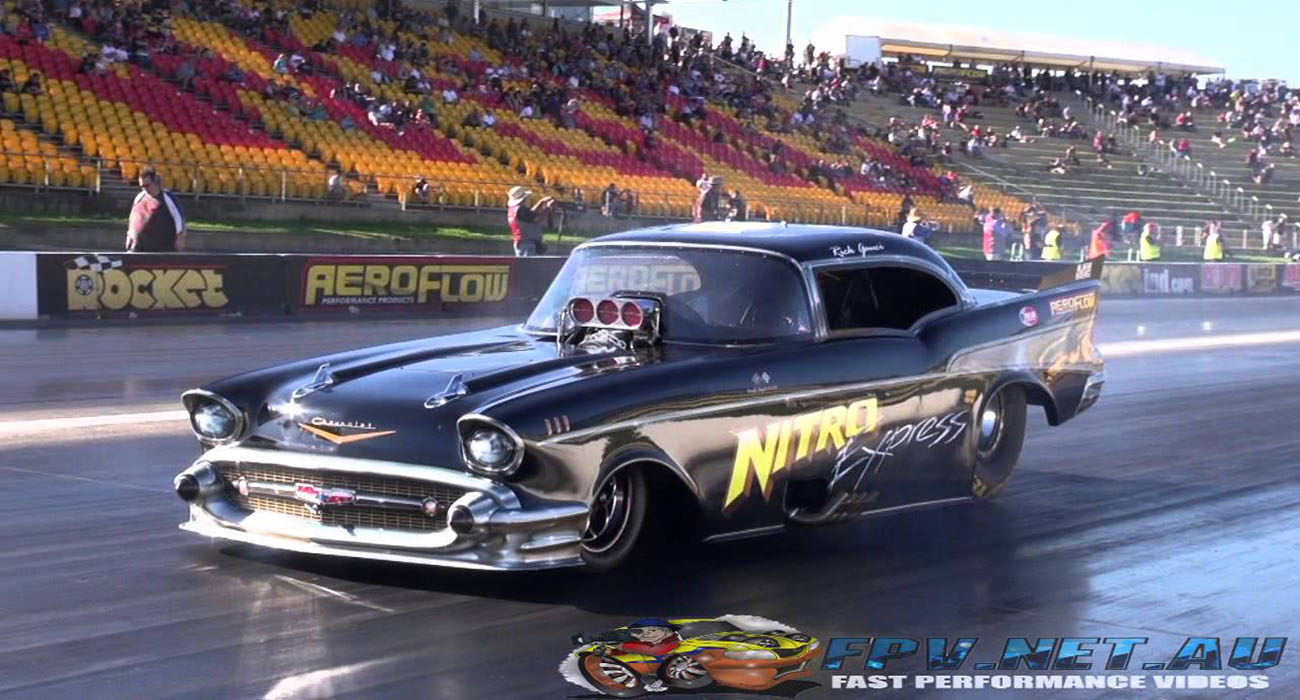 The Aeroflow Outlaw Nitro Funny Cars gave the capacity Cairns crowd a night to remember on Saturday August 4, with side-by-side, flames-up passes throughout the night of racing.

The event also saw local hero, Harold Campbell come back to the series, much to the delight of local drag racing fans.

The Springmount Raceway event attendees were also treated to the Aeroflow Pit Party for the very first time. With racers, wheelstander drivers and the entire Aeroflow crew being on-hand to sign posters, give away prizes, take pictures and get up close with the crowd. The Aeroflow team also organised a display of junior dragsters to be on-hand for kids from the crowd to sit in for a photo opportunity.

New wheelstander driver, Brandon Gosbell who was at the wheel of the Fire Chief and the ever-popular Nitro Sheriff pilot, Chelsea Leahy were mobbed throughout the event – undoubtedly the favourite cars and drivers amongst the youngsters.

With all the fun off the track, the nitro cars went to war on the quarter mile with close racing in almost every pairing for the night.

The event winner was Rick Gauci aboard Nitro Express.

Gauci smiled “It’s not easy, that was a tight night of racing! We have so much depth in the Aeroflow field, so you are fighting for every win.

“You have a look up and down the run sheets and you can see the Donnelly brothers, the Kiwi (Morice McMillin), Shane Olive, Begley, Josh Leahy, Messineo and the rest – everyone needs to be on their game.

“The cars are close, the drivers are close and the crowd can get close to the cars and drivers and that’s what makes this series so great – I have had a great time and I hope the crowd has too!” laughed Gauci.

Aeroflow Outlaw Nitro Funny Cars Series Manager, Morice McMillin added, “We have to give thanks to the Springmount crew, it was our best event yet at the venue. The track was better than ever, the performances were close and we must have signed thousands of posters for the fans between all the drivers.”

“Congratulations to Nitro Express for the 5.58-second pass, it shows what can be done on that racetrack and we were all very close to getting there too – the good news is we will be back to have a crack next year.”

The series next event will be the Aeroflow Outlaw Nitro Hot Rods at Sydney Dragway.