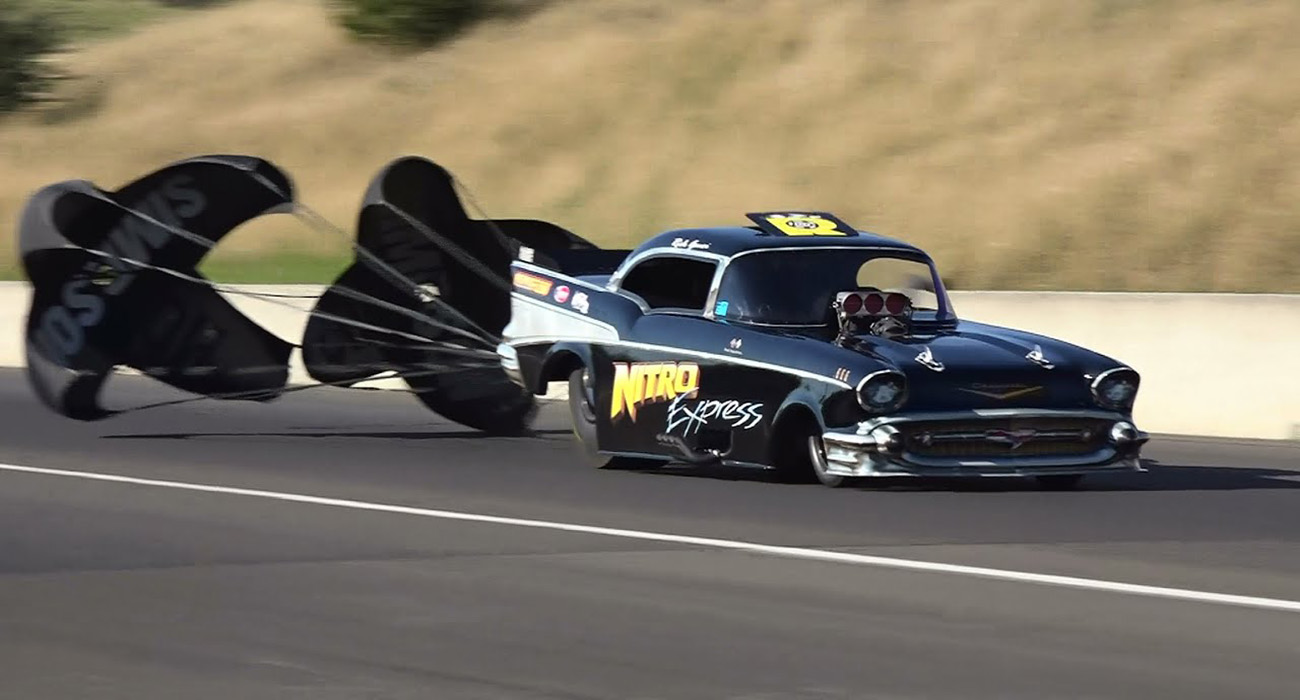 The Nitro Express ’57 Chev may have been one of the most successful race cars around Australia at Aeroflow Outlaw Nitro Funny Car events, but at last year’s Springmount Raceway meeting near Cairns, the result wasn’t what driver Rick Gauci was hoping for. However, this weekend, Gauci and the black beast are looking for redemption!

Gauci comes into the Queensland race meeting in hot form, with the Nitro Express Chevy taking wins at the last three Aeroflow events.

When asked about the turnaround in recent form, Gauci explained, “It’s been a combination of problem-solving with a great crew chief and the best crew members, combined with making the right calls on race day.”

“I believe we have always had a great race car but we have got better as a team and we have seen that translate into the on-track performance. Hopefully we can show that improvement on the track in Cairns!”

During the 2016 Springmount Raceway event, Gauci had a race meeting he would probably prefer to forget, with two losses from two passes.

Gauci continued, “I think this year is going to be different, the Nitro Express crew has hit a sweet spot and as a team and for me as a driver, we are ready to reverse last year’s losses on the Springmount strip.”

Springmount Raceway is one of the newest and most modern drag racing facilities and it’s certainly an event that all of the teams enjoy attending and Gauci didn’t need to be asked twice to head north to tropical Queensland.

“It’s an amazing part of Australia and a cool place to hold a race meeting!

“From the panoramic holiday views, combined with the echo of thousands of horsepower bouncing off the mountains, Springmount Raceway creates something that no other track in Australia can offer.

“If we can add a gold rocket trophy to the Nitro Express pit area at the end of the event, the view will be even better!” Gauci laughed.

Gauci and Nitro Express will be joined by a full field of Aeroflow Outlaw Nitro Funny Cars as well as two wheelstanding funny cars and a huge list of support racing categories.