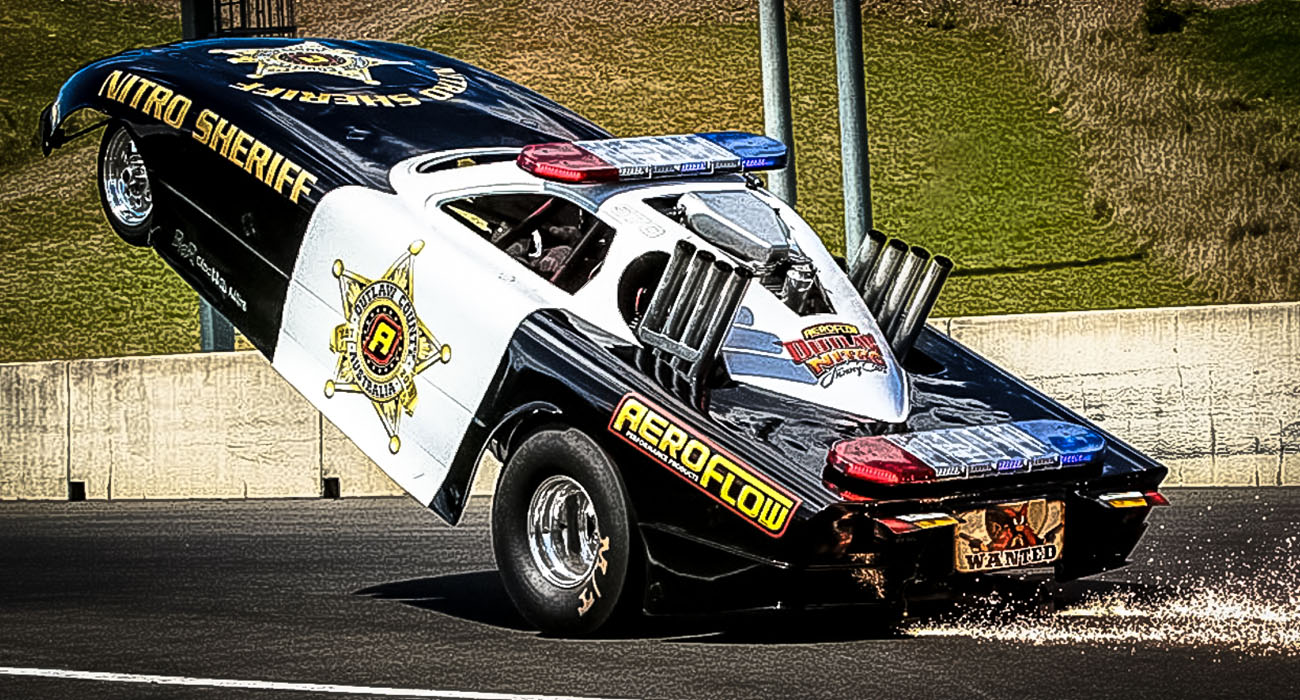 The Aeroflow Nitro Hot Rods are heading south, with four of the nitro-burning beasts set to tear up Whyalla’s Steel City Raceway on Saturday, November 4.

The Steel City Drags Club is celebrating their 50th Anniversary this year and the Aeroflow Nitro Hot Rods are happy to be providing the candles – fully lit from their 4000hp engines for the South Australian race fans.

A very happy Morice McMillin, the Aeroflow spokesperson, explained “The management committee and members of the Steel City Club are some of the most hardworking and dedicated volunteers in the country. To be able to race at Australia’s oldest and most historic eighth mile track is something special and that’s exactly what we plan on delivering for the fans – something special!”

McMillin continued, “The facilities look fantastic both on and off the track and it’s such a clean and well-run venue, it will be a pleasure for our guys to race there.”

“I have spoken to Rick Gauci (driver of the Chucky’s Toy), Justin Walshe (driver of Berzerk) and Shane Olive (driver of Psycho) and they are all as excited as I am.

“We have started to race these cars all over! The last time we lined them up was in New Zealand so it will be great to head to SA. All the drivers are pretty keen to get back at it! We have an event in Sydney coming up and then we head to Steel City for the very first time!

“We have made some improvements to the tune-up in the cars, so we have everything set to go for Sydney to make sure we have each of the cars dialled-in for Whyalla,” McMillin said.

Steel City Raceway President, Mark Kuhn added, “We know Graeme (Cowin) and the team run a good operation and we are looking forward to putting on the very best show for the locals and give all the competitors a good race track.”

Kuhn continued, “These cars are super-fast and so quick, it’s not something the Whyalla crowd would have seen before on a local level – it should be a great event!

The nitro cars will be supported by a big list of support classes run over the Saturday, November 4 meeting.