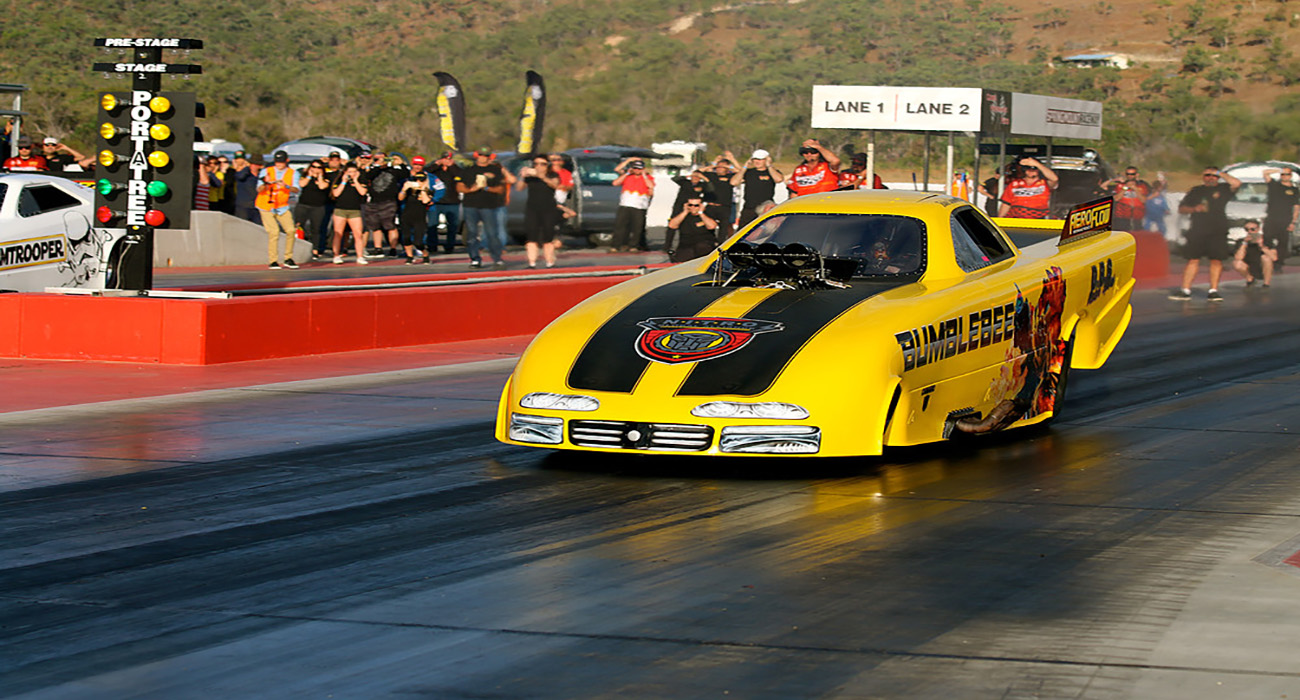 The Donnelly family owned and run outfit is one of the best presented teams in the paddock and the addition of the new nitro coupe, The Avenger, joining the always fast Bumble Bee has upped the ante with a two-car assault for the famous ‘Rocket’ trophies!

A double dose of Donnelly in the nitro funny car ranks means healthy competition between the brothers.

In his bright yellow Camaro, 21-year-old Jake Donnelly has been a star aboard the Bumble Bee with the car regularly being in the mix for fastest speeds and quickest times, culminating in two podiums at the two most recent events for the series.

Jake was clear on his goals for the Springmount Raceway event, “My goal for the event is to “donkey stomp” The Avenger!” he laughed.

“In reality though, I would be really happy for three quick ‘a-to-b’ type passes and hopefully turn on some win lights.

“It’s been eight months since I last raced the Bumblebee Outlaw Nitro Funny Car, so hopefully we can we pick up where we left off with last season’s form and notch up a few round wins!”

Whilst Jake will be in familiar territory, brother Dan will be piloting the newest addition to the funny car ranks, The Avenger!

Dan was a little more cautious with his predictions, “My goals for Springmount Raceway will be three good passes and to get our heads around the new tune-up and get the car and driver heading in the right direction.

“We have tested The Avenger at Willowbank Raceway and think we are on the right track, so hopefully we can relay that to the Springmount conditions and see how we get on. I can’t wait to get there and get the car on the track, I’m just hoping I get little bro in the first round,” smiled a calm Dan Donnelly.

The Donnelly brothers will be joined by a full field of Aeroflow Outlaw Nitro Funny Cars as well as two wheelstanding funny cars and a full field of support racing categories.