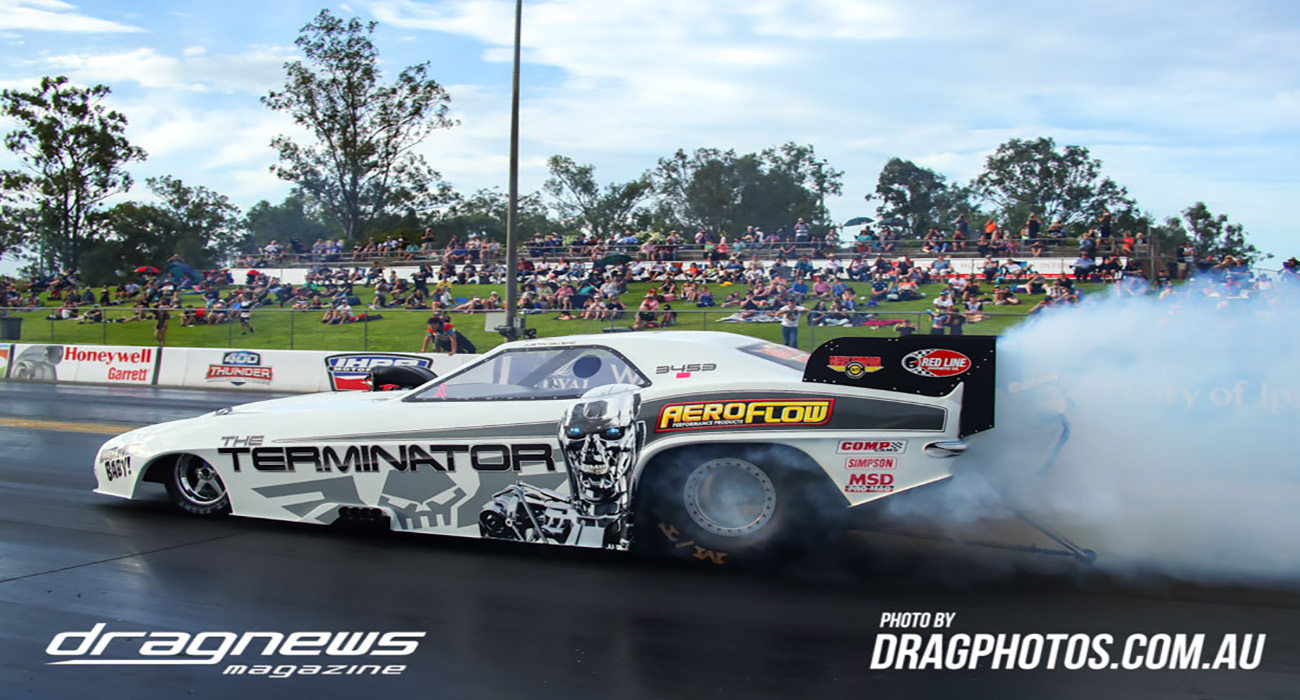 The Terminator emerges as the next nitro superpower!

The Aeroflow Outlaw Nitro Funny Car Series has another superstar car in the fleet and if its menacing looks are anything to go by, The Terminator Camaro will be a force to be reckoned with, both on and off the track!

Walshe will debut the car at Cairns’ Springmount Raceway as the Aeroflow nitro series heads north to take advantage of the Queensland weather.

“The new car looks great, I can’t wait to get behind the wheel at Springmount and race it with the guys!” Walshe explained.

“Graeme’s (Cowin) guys have done a great job on the way the car looks and we know the combination will be strong.

“I am enjoying doing more tuning for these cars and to have this new car plus the opportunity to make it run quick and fast is the aim of the game.

“The thing with this car is that it looks fast standing still, so it better be fast! I am sure this car will be as popular in the pits as it is on the track,” Walshe concluded.

With 11 Aeroflow Outlaw Nitro Funny Cars making to the trip to Mareeba (adjacent Cairns), the entire field of nitro powered beasts are looking to put on the biggest show the track has seen.

Aeroflow Outlaw Nitro Funny Car Series Manager, Morice McMillin explained “We have the wheelstanders and a full list of support racers on the track as well, so the crowd will be in for a treat.

“As Springmount Raceway gets more established and the track continues to improve, we know that we will be able to put on the best show yet for the nitro fans in northern Queensland.

“Having The Terminator and The Avenger both making their racing debut in Cairns, will be a real highlight not only for us, but also for the kids and families – bring it on!”