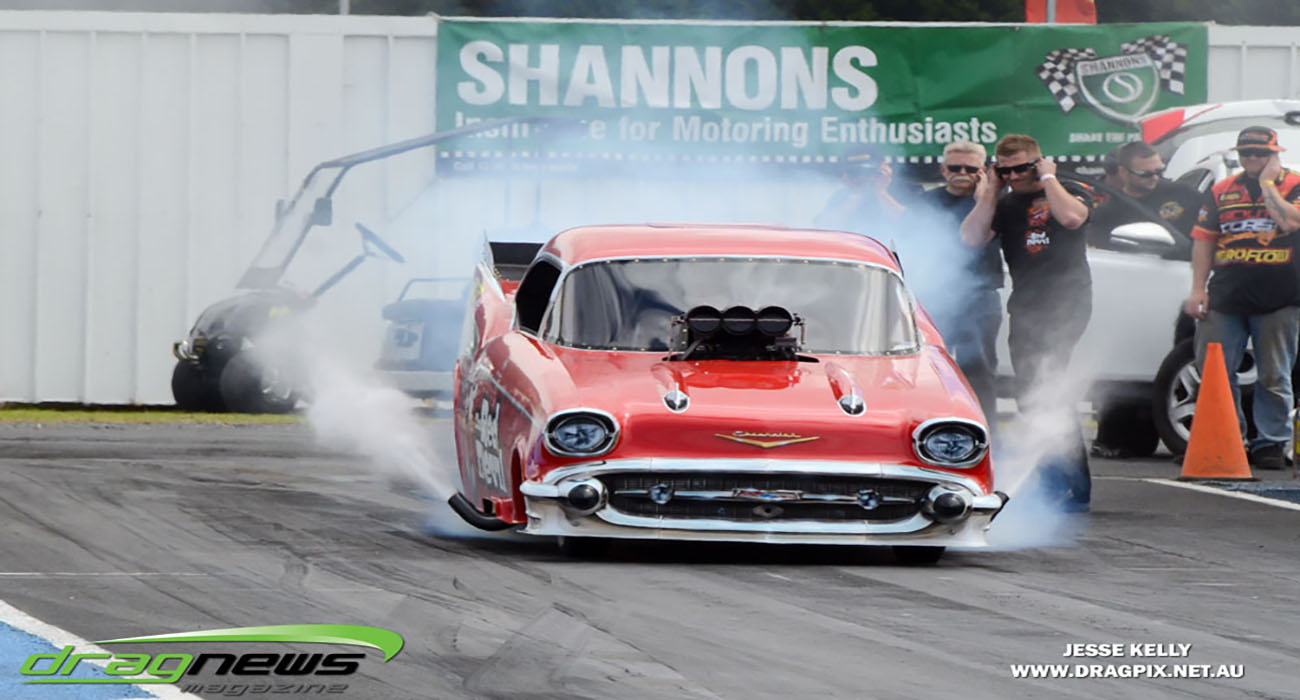 Shane Olive looking for the three-peat in Queensland

Every race driver has a ‘happy hunting ground’ and for Sydney-based Aeroflow Outlaw Nitro Funny Car racer Shane Olive, Brisbane’s Willowbank Raceway has been the track that he has both enjoyed and dominated in recent times.

The man known affectionately in the pits as ‘Shane-O’ then followed up that first gold trophy with another emphatic victory, this time behind the wheel of the ‘The Red Devil’ in 2016.

With two from two, it should be no surprise that Shane-O is looking to add another Willowbank win to his impressive tally.

“Our goal for the weekend is definitely to get that number #1 Rocket trophy, but we are under no illusion that it’s going to be an easy feat,” explained Shane.

With 14 Aeroflow Outlaw Nitro Funny Cars in attendance, Shane is going to have to be on his game to keep his run going against extremely tough competition.

“Honestly, I think our chances are one in 14 because I believe that every single car that will be at the event is capable of winning.

“There are so many cars that are running deep into the 5-second range that you have to bring it to the startline for every single pass – there are certainly no easy beats.”

Shane will once again be behind the wheel of ‘The Red Devil’, a car that has collected an impressive eight podium finishes since its debut in December 2015.

When asked if he felt any pressure to continue his Queensland form, Shane answered, “Of course! There is certainly some pressure to continue our success at Willowbank, I keep trying to tell myself that it’s not a three-peat because the first year was in a different car (LA Hooker) but I think I probably put more pressure on myself to win than anyone else.”

Supporting the 14 Aeroflow Outlaw Nitro Funny Cars will be a full round of the Queensland Drag Racing Championship including a field of over 20 Supercharged Outlaw racers!

To keep the kids entertained the event will also feature two flame-throwing wheelstanders, scorching down the entire 400 meter Willowbank Raceway on just their rear wheels, as well as a full kid’s play area including face-painting and bouncy castles!