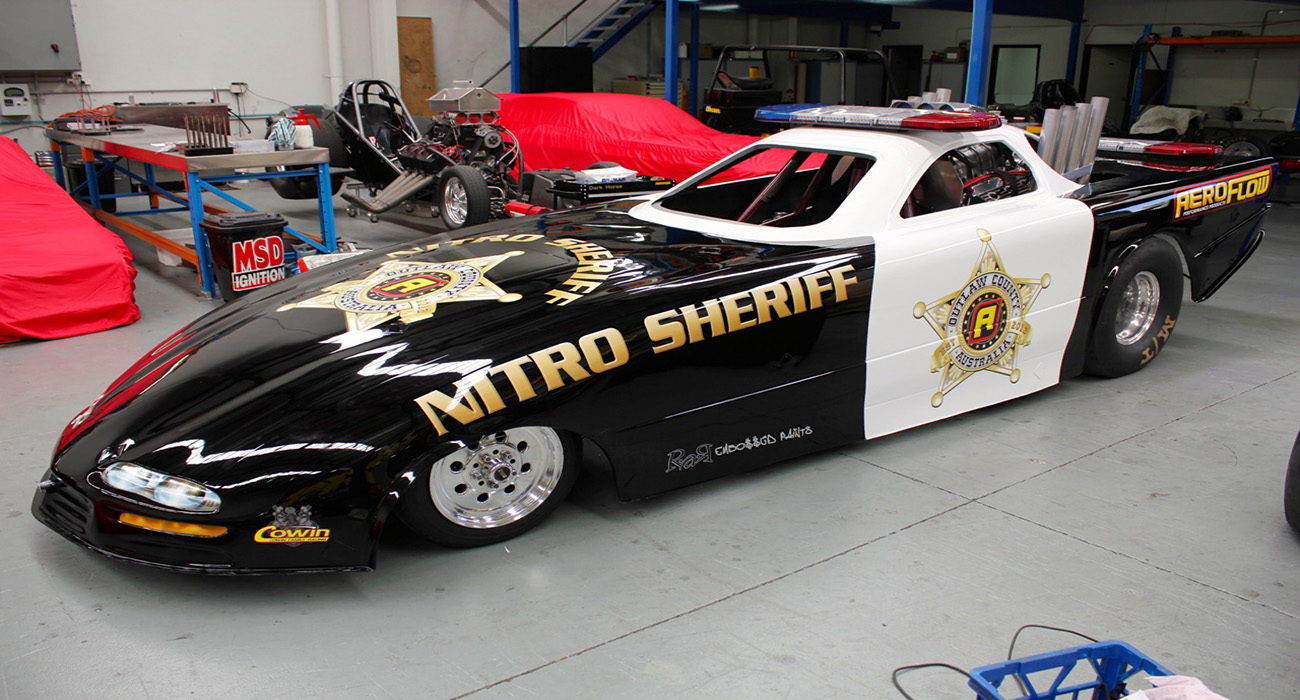 The Nitro Sheriff becomes a Bandit for Perth

Canberra’s Josh Leahy has been keeping the Aeroflow Outlaw Nitro Funny Car crowds entertained with 160km/h 400-metre wheelies in the Nitro Sherriff wheelstander and now Leahy will swap ‘wheels up’ for ‘flames up’ as he pilots The Bandit nitro beast for the very first time in Perth.

After recently gaining his upgraded licence in the family-owned Stormtrooper outlaw nitro funny car, Josh was ecstatic to get the opportunity to jump in Graeme and Wendy Cowin’s Trans-am Bandit for the Perth round of the series.

A smiling Leahy explained “Seriously, I can’t wipe the smile off my face, it’s been two weeks now since I got a call from Graeme to see if I would be interested in taking this drive.”

“I remember thinking there is only one answer to this question!” he laughed.

The 23-year-old racer has a long history in drag racing and has driven everything from Junior Dragsters through to 6-second front engine dragsters, but he has always had his sights set on funny cars.

Leahy continued, “I always had hopes of driving an outlaw nitro funny car and this one is a real beast!”

“For me to be able to make my debut at this great event in Perth and to be at the wheel of a proven 5-second car for Graeme and Wendy is just unbelievable. I know The Bandit is fast but it is also a handful and I can’t wait to line up with the rest of the field at the Motorplex!”

Leahy concluded, “The Perth crowd is one of the best in the country and the 2016 event was great but for 2017 we will be going all-out to make it even better!”