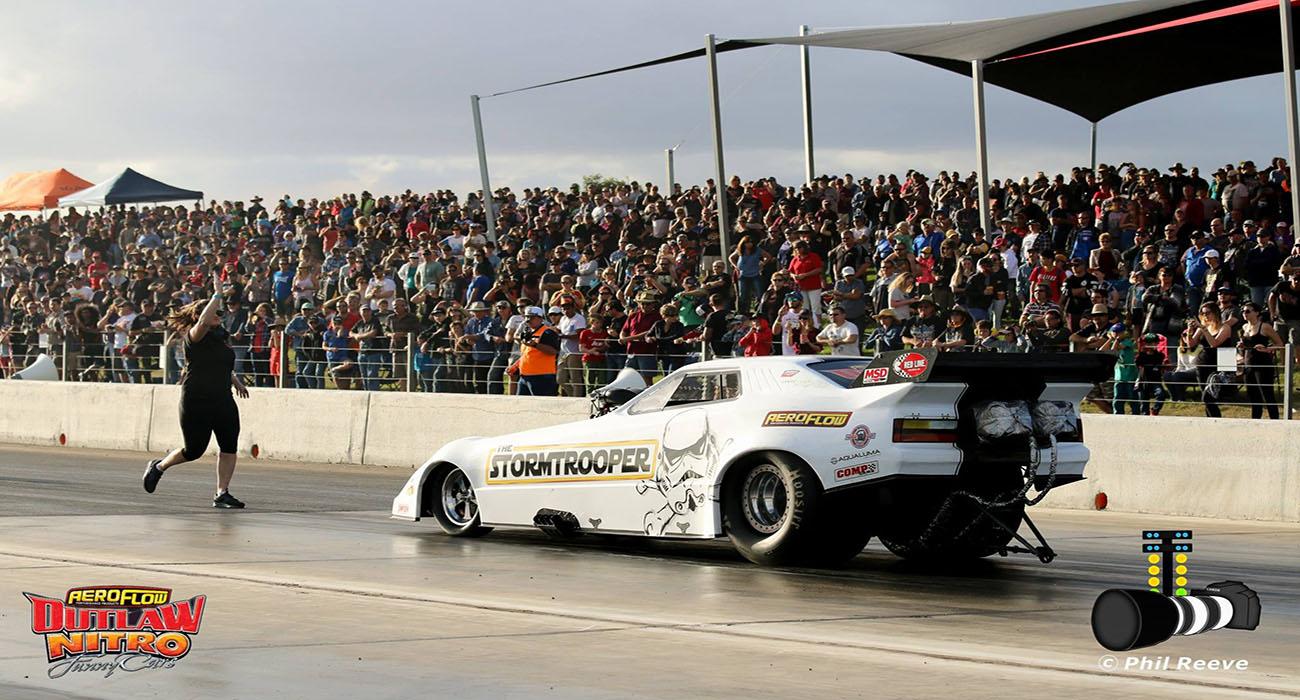 Nitro fires up the capacity Cairns crowd at Springmount Raceway

Nitro fires up the capacity Cairns crowd at Springmount Raceway

A massive crowd enjoyed a huge day of racing at the newly completed Springmount Raceway near Cairns.

The local racing community showed up in numbers with the support classes also turning it on for the locals in a non-stop show complementing the nitro cars.

For the kids in the crowd, the heroes were without doubt, the wheelstanding, flame-throwing funny cars. The Rocketship and Nitro Sheriff had the entire crowd clamouring space as they made three quarter mile passes all on their back wheels

The nitro cars ran their signature ‘three round format’ which sees each of the cars race in all three rounds, which meant the north Queensland race fans got to see 30 nitro car passes over the event!

In round one, LA Hooker kicked off against One Bad Kiwi in the opening encounter and it was the New Zealander who took the win over Begley, in LA Hooker.

Bumble Bee took on Stormtrooper in an all-Queensland shootout and it was the Donnelly-piloted Bumble Bee that took the win with a strong startline launch.

Let’s Boogie boogied just a little too much, with a quick trip to the sand but not before he got the win light in front of Dark Horse.

Round two took place under the Springmount Raceway lights and it was win lights for LA Hooker, Red Devil, One Bad Kiwi, Bumble Bee and The Bandit.

The intense winds and related technical issues meant that only rounds could be completed.

The end results saw Jake Donnelly in third, Morice McMillin in the runner up position and Shane Olive taking the Red Devil ’57 Chev to the win.

Manager of the Aeroflow Outlaw Nitro Series, Morice McMillin concluded, “It was a great event and a great crowd.”

“We put on the best show possible and even through we had a few challenges, we can’t wait to go back on make some more runs!”

“To all the fans and the people from the track, we can’t thank you enough.