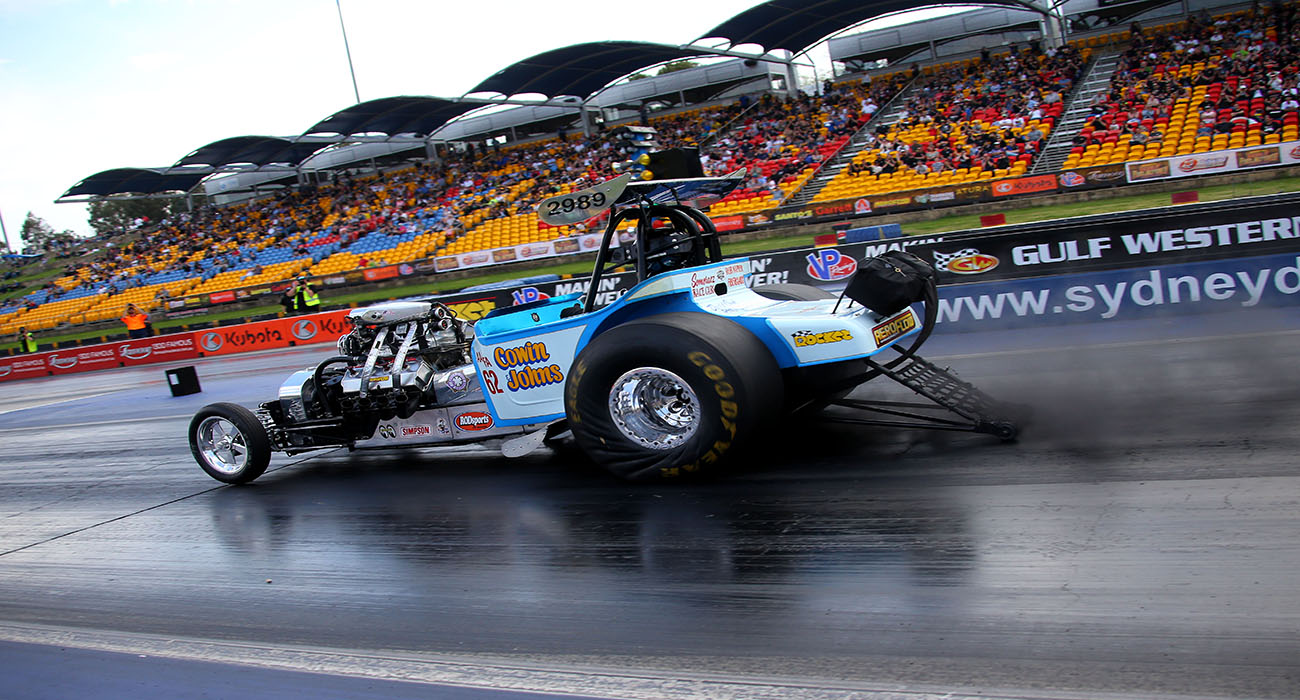 The Aeroflow Nitro Hot Rods thrilled fans at Willowbank Raceway and the pair of nitro ‘open wheelers’ will be back on track to thrill the Sydney Dragway crowd with both cars and driver combinations set on running a 5-second pass!

Whilst match racing in Queensland, Gauci and Olive duked it out with Olive’s Psycho recording a win in the first run with a 6.066 second pass at 240.21mph, but Gauci and Berzerk took round two with a 6.031 at 244mph to record a holeshot win over Olive’s 6.015 run at 237mph.

Berzerk driver, Rick Gauci explained, “These cars are so much fun to drive, Shane and I had a ball in Queensland and we can’t wait to get them on home turf in Sydney.”

“The crowd at these events love the Nitro Hot Rods and we love racing them. The race is one to the 5-second zone!” laughed Gauci.

The match racing is a part of the new nostalgia drag racing series held at both Willowbank Raceway and Sydney Dragway in 2016 – a three-round Cruzin’ Magazine Nostalgia Drags and Hot Rod Reunion.

The series, sponsored by Cruzin’ Magazine, has significantly expanded on the nostalgia racing activities currently enjoyed at what are two of Australia’s premier drag racing venues.

The first two rounds were held at Willowbank Raceway on the 27th of February and 14th of August, with each racer to then carry the points from their best of these two events to a two-day final extravaganza at Sydney Dragway across the 10th and 11th of September.

The Cruzin’ Magazine Nostalgia Drags and Hot Rod Reunion features a cool line-up of nostalgia drag cars, a show and shine, swap meet, trade stands and even a hot rod parade – and just maybe, a 5 second pass from a nitro hot rod!