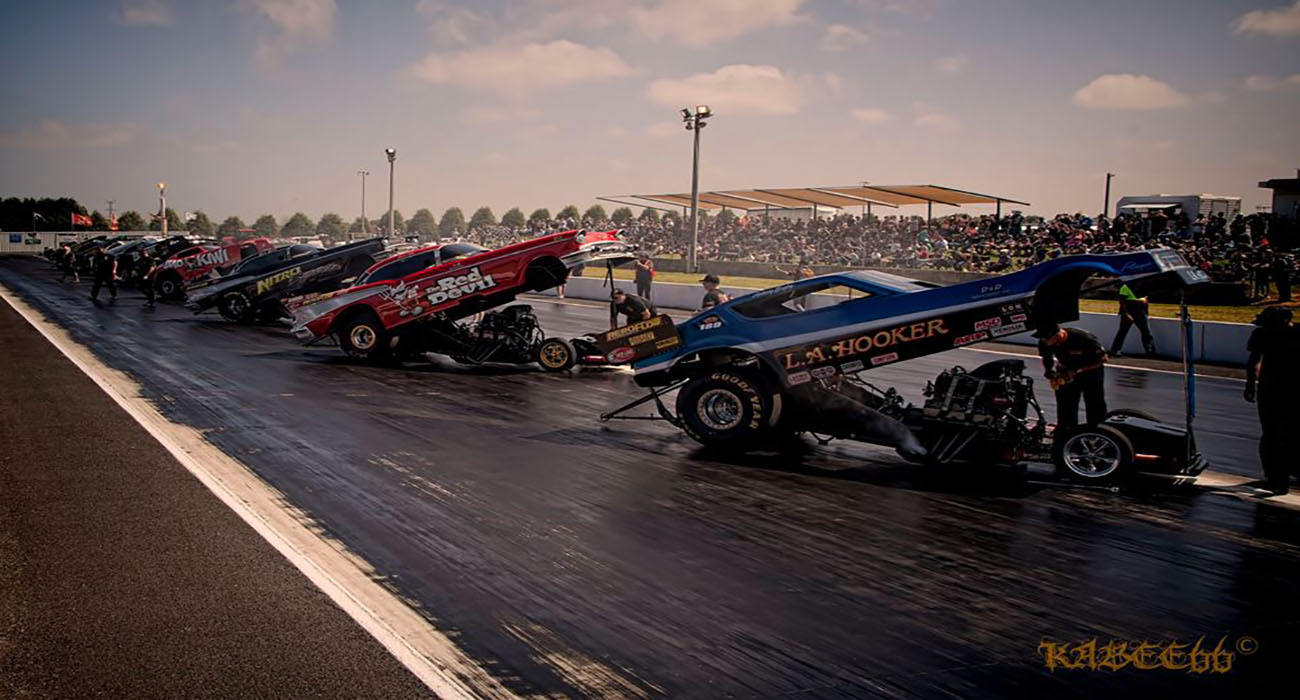 The Aeroflow Outlaw Nitro Funny Car show has nailed down an impressive calendar that sees the action-packed nitro-powered coupes travel right around Australia!

The new schedule, which covers the 2016/2017 financial year, sees the series head to some new venues, as well as a return to tracks where the events have already been a huge success.

Recently appointed Series Manager, Morice McMillin, was happy to have the calendar completed to help racers, tracks and sponsors plan around the events.

“We are trying to get as many of the planning and details locked in as possible, we want to make sure we have the best possible events for the racers, the fans and the tracks themselves,” McMillin explained.

“To start this calendar in Cairns is amazing for the Aeroflow Nitro Funny Cars and Springmount Raceway. It’s such a great venue and to have one of the most entertaining categories in Australia there to put on the show will be something else for the Queensland crowd.

“The entire facility is a credit to Evan (Yelavich) and his team, they have delivered one of the most modern and picturesque dragstrips in the country and in such a small timeframe!”

“We will be doing everything we can to put on the best show possible for the fans and for everyone that has been a part of getting the track to the point where it currently is.

“From an AONFC perspective, we have appointed David Baker as our Raceday Event Co-Ordinator. Given David’s ANDRA NCC, Division Director and Technical Officer roles, we know we have the best man for the job to keep things running smoothly at all of our events.”

McMillin was also delighted to be heading to Calder Park, following a meeting with the venue manager, Peter Pisalidis

“Graeme (Cowin) and myself met with Peter at Calder and we put together an agreement pretty quickly to run with the APSA show both in Sydney and Melbourne.

“I think between the APSA show and the AONFC cars, this is about as good as drag racing gets!”

McMillin concluded, “The remainder of our events have grown year after year and we will continue to take the best show in Australian drag racing to the best tracks, but for now, bring on Cairns!”