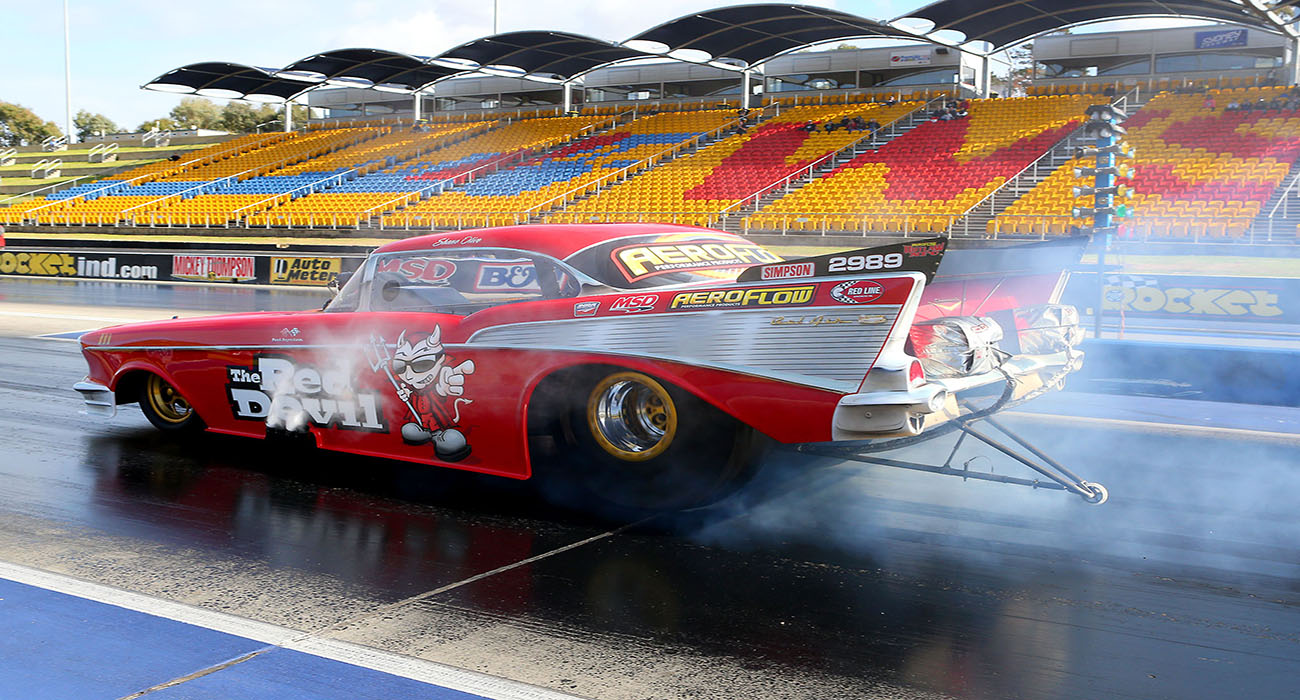 The Aeroflow Outlaw Nitro Funny Car teams put on a massive show for the huge crowd at Queensland’s Willowbank Raceway and the event left the spectators on the edge of their seats until the very end of the night!

The ideal weather provided the perfect day for fans and racers, with quick, side-by-side passes featuring throughout the series’ unique three-round format.

Anthony Begley set the tone for the event on the first funny car pass with a sensational 5.76-second pass in LA Hooker.

Round two was just as tightly contested as the first, with the race honours closely fought out. One of the highlights was the battle between Gauci’s Nitro Express and Darren Fry in the Bandit. Gauci just got the win with his 5.73-second pass besting Fry’s 5.79.

The second contender for race of the night was the duel between Daniel Schultz in Fast Company and Paul Messineo riding aboard the Dark Horse. Although Messineo recorded a slower 5.75-second pass when compared with Schultz’s 5.72-second pass, his superior reaction time to the start lights, gave him the win.

Results from the first two rounds left four drivers entering the third and final round on the maximum six points – Gauci, Messineo, Olive and Donnelly.

Rick Gauci was the first racer to win the maximum allotted 9 points in round three with his 5.72-second solo victory.

In very next pairing, Messineo joined him but his 5.80 was not enough to wrestle Gauci off the top step of the podium.

The final race of the night saw Olive in Red Devil race the super-consistent Time Traveller and it was the red ’57 Chev that took the race and the overall win for the night with an amazing 5.66-second pass for Olive.

The last race win and superior elapsed time saw Olive and the Red Devil as the winning driver and car combination, with Gauci and Nitro Express as the runner-up and local Queenslander and crowd favourite, Paul Messineo in the final position on the podium.

The next event for the Aeroflow Outlaw Nitro Funny Cars is August 6 at Springmount Raceway, Cairns.